Pilgrimage in the footsteps of Jamgön Kongtrul & Tertön Sogyal 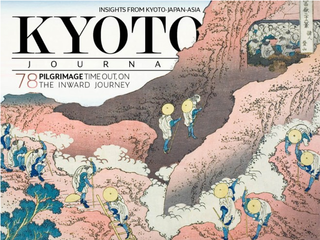 extract from Kyoto Journal, Issue 78: Time Out On The Inward Journey
by Matteo Pistono


Winter 2004, Year of the Wood Monkey
Cave That Delights the Senses, Near the Jewel Cliff of Tsadra, Eastern Tibet

When Padmasambhava began to give the vajrayana teachings in Tibet in the eighth century, one of the first instructions to his “heart disciples” was the phurba-dagger practice of the deity Vajrakilaya. One cycle of the Vajrakilaya teach¬ings that was hidden at that time is known as The Razor of the Innermost Essence. Nearly two volumes of Padmasambhava’s instructions are found in The Razor treasure, which include complex rituals believed to remove obstacles to one’s spiritual development, to thwart attack by enemy invaders, and importantly, to protect the Dalai Lama. In the autumn of 1895, Tertön Sogyal received the mnemonic key to The Razor treasure at a remote cave in eastern Tibet. Within a decade after being written in liturgies, the rituals found within The Razor were em¬ployed in the nation’s spiritual defense.

In the first months of 2004, Antonio, an Italian scholar with whom I had traveled across Tibet on numerous occasions, and I were in the vicinity where Tertön Sogyal had received the key for The Razor. Antonio and I had met years before while we both were traveling near Serthar, and after a month of grueling travel from Golok to Lhasa—where on two occasions, we had to get out of our transport and hike a wide detour around the police check posts undetected,  Read More
2 Comments

I have read "In the Shaow of the Buddha", and have since found an absolute dearth of any English translations of other books relative to Buddhist mystics, such as Padmasambhava. I definitely plan on ordering this book.