Tags: Gandhi, In the Shadow of the Budda 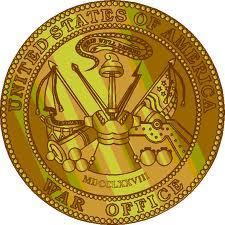 “You smell like curry spice and Kathmandu’s dust,” the president of the In¬ternational Campaign for Tibet said, handing me a black blazer at Dulles Airport. Though I had not slept for over twenty-four hours, we sped off toward the U.S. Capitol. He had borrowed a pair of shoes from his office’s media director to replace my hiking boots. I changed in the car ride into Washington. He dropped me off a few blocks from the White House, at the massive office buildings that house key policy decision-makers, including the National Security Council and vice president’s office. It was there I met another advocate from the International Campaign for Tibet. We ducked out of the rain and entered a marble lobby.

The first thing that caught my eye was a large emblazoned seal hanging above our heads: a Roman cuirass surrounded by unsheathed swords, crossed bayonets, and other artillery, and a rattlesnake with a scroll unfurling from his fanged mouth that bore the inscription "This We’ll Defend". We were in the former Department of War building. The seal above us is still used today, with its blades and swords—not unlike the wrathful weaponry used in Tibetan Buddhist iconography to symbolize destroying the self-cherishing ego. But what is the difference between  Read More
Be the first to comment