Matteo Pistono's next book hinted at in Washington Post story 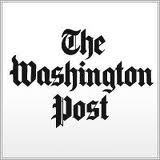 Charles McCain groans in his cubicle, hunched over a large frayed chart that maps out the family tree of the protagonist in his upcoming novel about a royal naval officer in World War II. The 57-year-old writer is working in Suite 510, inside a drab 1958 Northwest Washington office building that looks like there might be a detective agency inside and a cigar stand in the lobby.

Next to him is Donna Lewis — a Department of Homeland Security lawyer by day whose comic strip “Reply All” runs around the country and in The Washington Post. Lewis, 50, tugs at her furry scarf as she works on a novel about life interrupting love. At the next workstation, nonfiction writer-activist Matteo Pistono, 42, reads over his research for an upcoming biography on a Tibetan Buddhist leader.

I chuckled when I read, "sitting in ...[any] Starbucks. A roomful of people crammed into the space, fighting it out for electrical outlets and packing up every time they needed a bathroom break." I've tried it before just to read and it doesn't work. I'll be 'unemployed' beginning Jan 1 and I have already begun to feel the open space that has so many possibilities and yet so much that it's not going to be able to remain undistracted by them. Sounds like just the place I need to be--but for now, I'll try home self-discipline. Thanks for the inspiration!