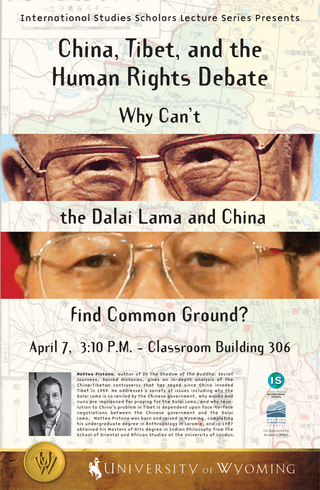 On Thursday, April 7, I presented "China, Tibet, and the Human Rights Debate: Why Can’t the Dalai Lama and China find Common Ground?" at the University of Wyoming International Scholars Lectures Series. An engaged crowd of 100 or so students and professors attended.

The gist of the lecture was this:
The Dalai Lama fled a pursuing Communist army in 1959 after the People’s Republic of China invaded Tibet. The Tibetan spiritual leader has lived as a refugee since, setting up a Tibetan government-in-exile in India, and today traveling the world as the spokesperson for the Tibetan struggle for freedom.  Read More
Be the first to comment

Tags: In the Shadow of the Buddha, book, Pistono, Wyoming 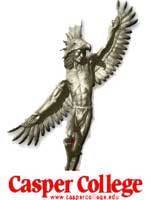