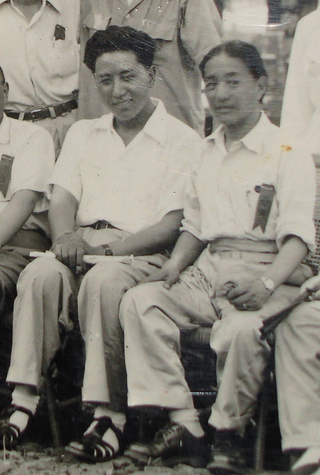 click here for more photographs of Phuwang and Dudjom Rinpoche
Baba Phuntsog Wangyal passed away yesterday in Bejing. He was 92 years old.

Much will be written about his unique role in the recent history of Tibet. He was a true patriot, according to the Tibetans inside and outside Tibet whom I trust. What might not be written about in the next few days by journalists, academics and historians is that Phuwang, as he known in Tibet, was a devout Buddhist. Of course socio-politically he was a Communist. When I met Phuwang on a couple different  Read More
Be the first to comment