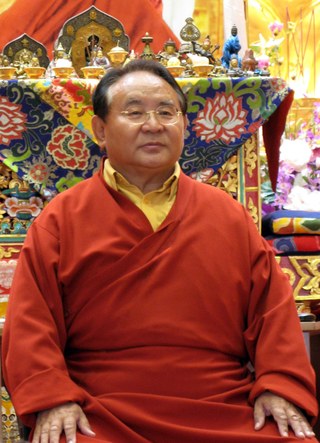 Sogyal Rinpoche (photo by Jurek Schreiner)
Foreword to Fearless in Tibet: The Life of the Mystic Tertön Sogyal

It was just over fifty years ago that the world suddenly became aware of Tibet and its culture, when His Holiness the Dalai Lama and a hundred thousand Tibetan people fled into exile, escaping the destruction in our homeland. Since that time, people in the wider world have discovered our extraordinary living tradition of Tibetan Buddhism, which has prevailed for over a thousand years in Tibet and the Himalayan regions and has often been called one of the last ancient wisdom cultures on earth. With its remarkable knowledge of the mind and its profound disciplines of study and practice, the Buddhist tradition of Tibet produced countless outstanding masters and spiritually realized practitioners. One of these was Tertön Sogyal or Lerab Lingpa, an exceptional figure who lived over a century ago during the lifetime of the 13th Dalai Lama.

As I write these words, I can see the sun gleaming on the copper roof of the temple here at Lerab Ling, the retreat center in France that I founded in the name of Tertön Sogyal. Thinking about him now, I realize that he was someone whose life embraced many different facets and dimensions. To begin with, you could say that he was a spiritual leader, deeply concerned with the future  Read More
2 Comments

A truly beautiful homage and introduction to Terton Sogyal. There is no doubt in my mind that Sogyal Rinpoche also is a great terton, following the tadition of this life-saving lineage. I am looking forward to reading the book to understand more.

I know Matteo personally through our mutual Dharma mandalas. He is a dedicated Buddhist practitioner, researcher, scholar and writer with a pure motivation to benefit all beings. Matteo's deep connection with Terton Sogyal, evidenced through his studies under the late master's two contemporary rebirths -- Khenpo Jigme Phuntsok and Sogyal Rinpoche -- coupled with his pilgrimage travels in Tibet to sites sacred to Terton Sogyal as beautifully portrayed in Matteo's earlier book, In The Shadow of the Buddha, leaves no doubt that Fearless in Tibet will be an extraordinary and inspiring book to be revered by many for generations to come.

- Jampa Mackenzie Stewart, author of The Life of Longchenpa

A few thoughts on The Tibetan Book of Living and Dying 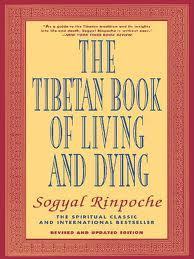 I first read The Tibetan Book of Living and Dying in a library at Kopan monastery in Kathmandu. It was in 1994, a year before I met Sogyal Rinpoche. I literally could not put the already dog-eared book down and read it in a single day. The next days as I walked around Kathmandu, I repeatedly “saw” the enlightened potential—the Buddha nature—in taxi drivers, street sweepers, and shop owners—and in myself. The book changed me, forever.

What is the source of the wisdom in that book, I later asked myself? The transformational power it had on me was undeniable. I wanted to know  Read More
Be the first to comment